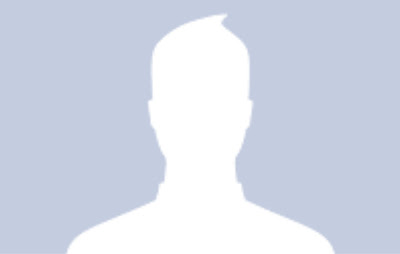 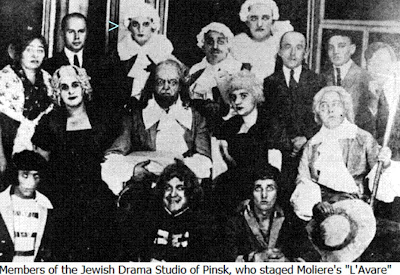 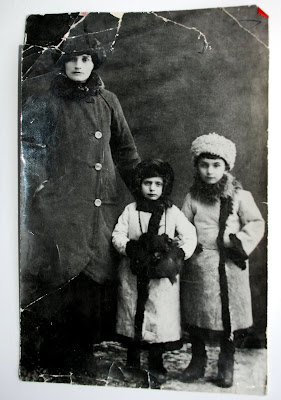 How did my grandfather look like?
I do not know!!!

There was one picture of him, a group photo of teachers from Pinsk that my father showed me once in a very big and thick Pinsk-book.

Later, I tried to find this particular photo but as I do not know Jiidish and there were several photos that might be the right ones. So, I will continue my life without his image. There are, however, some photos of his brothers and sisters.

My grandfather was born in Kałaurowicze (26 km east from Pinsk), Bielarus in 1886 to Moshe and Rivka Wasserman.

They were 3 brothers and 5 sisters. It is unknown when and why they moved to Pinsk. It was most probably when my grandfather and his 7 siblings were still children. At that time, before WW I Pinsk as it was a small Jewish city with more than 70% Jews. Others, were Poles, Russians and White Russians.

My grandfather Baruch Wasserman was a teacher in Jewish schools. He was teaching jiidish and mathematics and other subjects in numerous schools. The main school he worked at was carrying the name of Mejsze Glejberman, that was the major Jewish Bund School. Boruch also worked at vocational schools for girls and boys that were learning different crafts.

Who was Mejsze Gleberman ? He was one of the 143 Jews that Poles executed on Pinsk main square during WW I. The holes after the bullets were visible also during the 30-ties although Polish City Council tried to repair the wall and paint it.

My grandfather was called "apekejres" or Baruch the Goy as he was not following all the Shabbat rules. As far as my father remembered, his father, Boruch use to go with a stick (kij) during Shabbat that is likely not allowed (why?). Boruch was not going to synagogue but wanted that my father was educated in Torah. Grandmother Sofia Afsiejewna Lifson (born in Kamien) was not religious either, but was following as rest of the city Shabbat and main Jewish holidays. At home they were, as city of Pinsk, trilingual, speaking Russian and jiidish. When WW I started grandfather Boruch went to Tsar army.
At that time my grandmother had to send my father and his sister Niura to the Cheder run by one of the friends to family. My father was shown all the books in the cheder and Rabbi sad that when he will be ready with his studies he will have “all the books in his head”. My father was threatened and said that his head will resemble a cow cranium and decided to never return to this place. Niura continued her studies there. My father was 7 year old and Niura just 3. I think that “cheder operation” was due to the social situation of the family where Grandmother was the only money provider as grandfather was fighting for Tsar…. My father continued his cheder education at another Cheder. After that he started at Perwonatshelnaja Szkala, a Russian primary school..
Under WW I city of Pinsk become part of Poland and my father started at Polish Szkola Powszechna. My father was describing his family as typical middle class. His mother was Bund oriented and was playing in Pinsk amateur theatre. She played a.o. in a play called "Mirele Efros" (name). It is most prpbably picture of he standing in the last row (arrow). Grandmother died in Warszawa on March 1924. Her parents were both from Kamien area and involved in appele production. They tried also to produce wine...
My grandfather re-married with Dasha (born 1895) and had two more children. Nisia (born 1928) and Isaak (born 1929).
Although my grandfather was an apikoyres (jiddish), a man who abandons his religion, he wanted, however, to give my father all the possibilities of his own choices in his life. Grandfathers old Rabbi was also teaching my father. Rabbis name was Boszes (Boshes). His daughter Ryfka Boshes was working at Korczak orphanage as a bursary student - teacher and simultaneously making her medical studies in Warszawa Medical School.

When in Pinsk, Ryfka Boszes was helping my father by testing him before his exams to the Polish Gymnasium in Pinsk. Polish Gymnasium (Polskie Gymnasium Humanistyczne had as other Govermental Schools numerus clausus a quota system which was begun in 1887 and under which no more than 10% of the students admitted to the school could be Jews. In my fathers class they were 4 of 40. Rest, were Poles, Russians, Whiterussian. Polish student were mostly children of landowners (ziemianie) or employees for Polish administration or banks.

Ryfka Boszes (Boshes) roll at the Korczak Orphanages was changing with the progress of her studies. From a bursary student(apprentice teacher - bursista) to a nurse and thereafter when she was ready year 1929 with her medical studies as a physician.

The very close friend of my father Józek Arnon described his first meeting with dr. Boszes in his book:
I arrived at 92 Krochmalna Street and the first person who met me was a bursary student who had just finished her medical studies, Dr. Boszes. She asked me, "Do you want to work here at the Orphans' Home or is it a bursary you are after?" Only afterwards did I find out that this was a question put to every candidate,

During WW I and Polish-Russian war my grandfather Baruch was in the Russian army. My father was speaking about Boruch as sträng but correct man. It is likely that he was much more found of his mother and after her death the entire “parent environment” disappeared.

My father (born 1911) and his sister Chana-Niura (born 1915) entered Polish School and Gymnasium in 1924 (Panstwowe Gimnazjum Humanistyczne). He started in 3rd class and Chana-Niura most probably in I st grade. They had younger sister that was born 1920 (?) Riva, Iva, Ryfka, Rebecca after her grandmother.

There was a Jewish private gymnasium Tarbut in Pinsk but my fathers family could not afford it. My father finished Polish gymnasium in May 1935 and his sister two years later. She moved also to Warszawa and started to study chemistry at Warszawa University. She was called White Niura as her hair colour was blond, almost white and due to the fact that there was another dark haired Niura studying simultaneously.

What about my grandfathers father occupation. My mother said that he was a fisherman. Was it at Pina river?
Posted by Jim bao Today at 4:13 PM 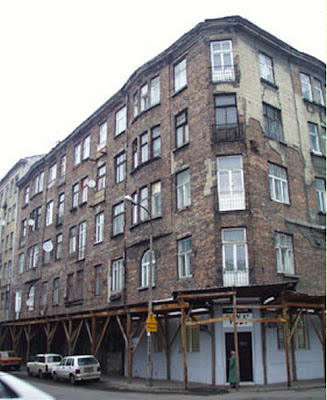 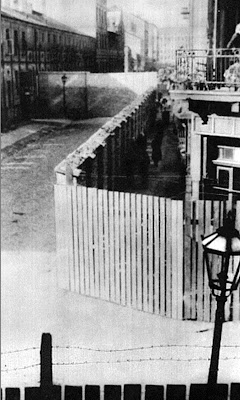 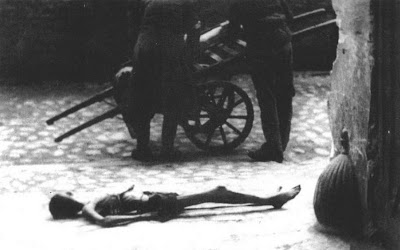 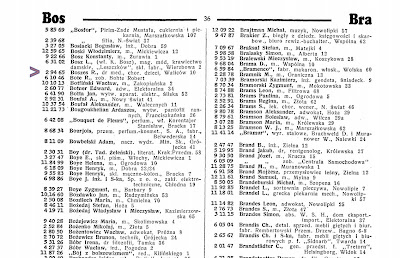 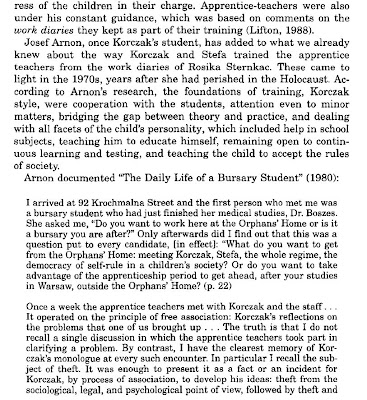 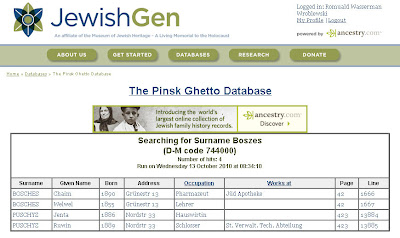