During the last three months of his life, Korczak was working on a manuscript that has become known as the Ghetto Diary.
Two weeks earlier, Adam Czerniakow (Chairman of the Jewish Council in the ghetto), decided to take his own life, by swallowing a potassium cyanide pill. Before swallowing the pill he wrote two letters, one to his wife, one to the Jewish Council saying:

They are demanding that I kill the children of my people with my own hands.
There is nothing for me to do but die
* * *

I have watered the flowers, the poor orphanage plants, the plants of the Jewish orphanage. The parched soil breathed with relief.

A guard watched me as I worked. Does that peaceful work of mine at six o’clock in the morning annoy him or move him?

He stands looking on, his legs wide apart.


All the efforts to get Esterka released have come to nothing. I was not quite sure whether in the event of success I should be doing her a favor or harm her.

“Where did she get caught?” somebody asks. Perhaps it is not she but we who have gotten caught (having stayed).

I have written to the police to send Adzio away: he’s mentally underdeveloped and maliciously undisciplined. We cannot afford to expose the house to the danger of his outbursts.

For Dzielna Street—a ton of coal, for the present to Rózia Abramowicz. Someone asks whether the coal will be safe there.

A cloudy morning. Five thirty. Seemingly an ordinary beginning of a day. I say anna:

To Hanna:
Good morning
In response, a look of surprise.

They are ill, pale, lung-sick smiles.

You drank, and plenty, gentlemen officers, you relished your drinking—here’s to the blood you’ve shed— and dancing you jingled your medals to cheer the infamy which you were too blind to see, or rather pretended not to see.

I don’t know how and what a soldier of a victorious army feels. . . .

The publications to which I contributed were usually closed down, suspended, went bankrupt.

And all this not because I’m a Jew but because I was born in the East.

It might be a sad consolation that the haughty West also is not well off.
It might be but is not. I never wish anyone ill. I cannot. I don’t know how it’s done.

Our Father who art in heaven. . . . This prayer was carved out of hunger and misery. Our daily bread. Bread.

Why, what I’m experiencing did happen. It happened.

They sold their belongings—for a liter of lamp oil, a kilogram of groats, a glass of vodka.

When a young Pole kindly asked me at the police station how I managed to run the blockade, I asked him whether he could not possibly do “something” for Esterka.

You know very well I can’t

Thanks for the kind word

This expression of gratitude is the bloodless child of poverty and degradation.


I am watering the flowers. My bald head in the window. What a splendid target.

He has a rifle. Why is he standing and looking on calmly?


He has no orders to shoot.

And perhaps he was a village teacher in civilian life, or a notary, a street sweeper in Leipzig, a waiter in Cologne?

What would he do if I nodded to him? Waved my hand in a friendly gesture?

Perhaps he doesn’t even know that things are—as they are?

He may have arrived only yesterday, from far away. . . . 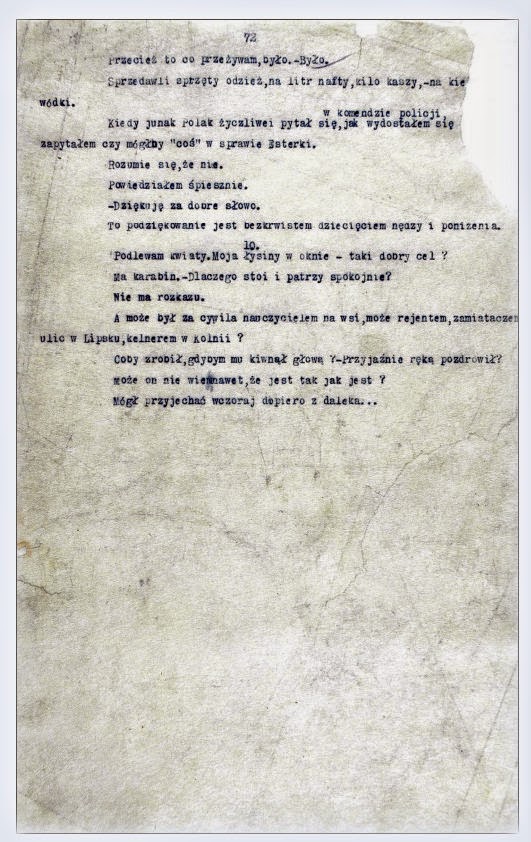 
“Death is not difficult,
more difficult is the life” 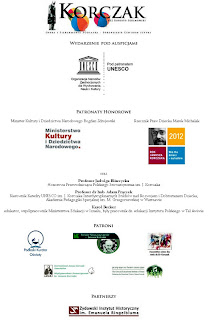 A bizarre Polish plan supported by UNESCO to stage a singing and dancing musical at a Nazi death camp has been scrapped.The Podlasie Opera and Philharmonic group had been set to perform the musical at the Treblinka death camp in Poland where nearly 900000 people were exterminated in the gas chambers by the Nazis between 1942 and 1943.


70 year ago, during the two months of Summer 1942 (starting July 23, 1942), about 254,000 Warsaw Ghetto residents were sent to Treblinka and exterminated there. Among them Janusz Korczak and 239 children from his Orphanage! 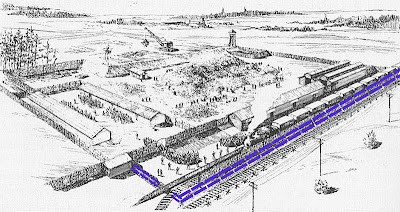 The orchestra was supossed to sit at the spot where trains with cattle wagons entered the camp. The spokesman for the opera group said that this area (railway track) belonged to Deutsche Reichbahn (German railways) so....