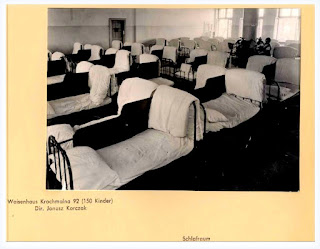 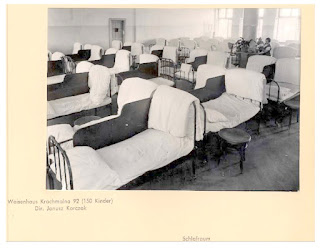 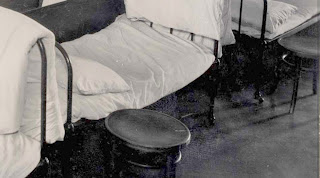 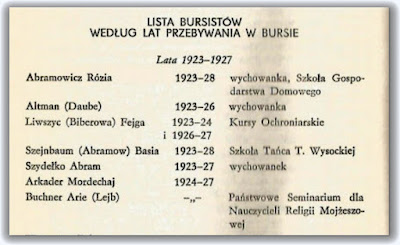 Lejb Arie Aryech Buchner was bursa student in Dom Sierot. Bursa student means an apprentice teacher (1924-27) at the orphanage while he was a student in Warsaw. He was studying at Państwowe Seminarium dla Nauczycieli Religii Mojżeszowej [State Training College for Teachers of Mosaic Religion in Warsaw]. Korczak was actually teaching at that college.

I do not know how and where Buchner survived the Holocaust. He ended, however, in Israel and there he did a great job by translating to Hebrew numerous of Korczaks books.

Please help me with more info about him.

Below, You can easily locate him on these two photographs as he is the only teacher there. 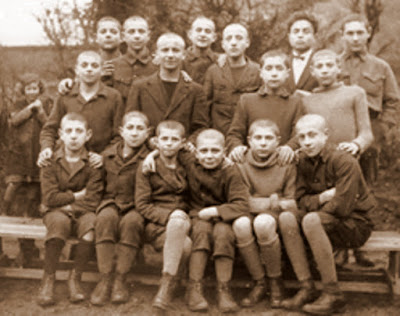 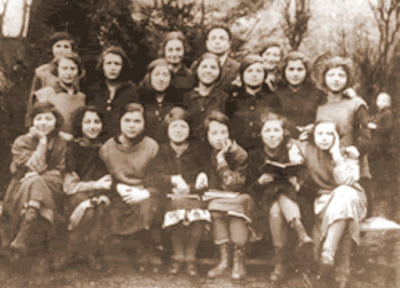 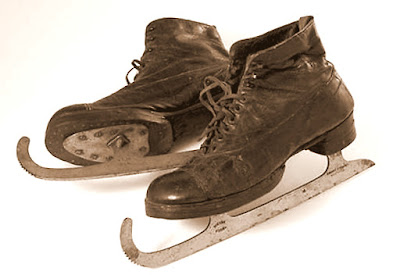 My father told me as well about ice skating at Dom Sierot together with Korczak but I forgot it! My father, Pan Misza, was a great skater as he was born in Pinsk a place with a lot of waters around. My father had this type of skates. My father was figure skating making circles and figure eights. He was skating with all his grandchildren in Stockholm when he was 80 y old.


Szlomo, Shlomo Nadel remembers skating at Dom Sierot: Skating was my favourite pastime during the winter months. When the time came, we took out the skates that had been waiting patiently in the storeroom, and went out to skate with Dr. Korczak himself, who also greatly enjoyed skating. Just like all of us, he also found himself falling on his behind, getting up and then falling again, joining the chorus of children laughing at his skating shortcomings. I loved situations such as these, when all the barriers were down and the childlike qualities in the doctor were revealed.

1946 - 2016 - Forgotten 70 Anniversary of Korczak Committe in Poland - "The collapse" - what is it? The truth history of the present Committee Korczak (Stowarzyszenie) in Poland

Shortly after World War II was finished - to perpetuate the memory of Korczak and his accomplishments - survivors of Holocaust and Polish friends of Korczak started gathering of materials and artifacts. It was in 1946, the same year as Kielce Pogrom in Poland.


70 years ago, in 1946, The Committee for the Commemoration of Janusz Korczak was established operating until 1968. It was created by people who were personally close to him.

In 1948, when ZG RTPD in 1948, after the name change continue to operate the world's first Committee of Janusz Korczak. RTPD a Workers Association of Friends of Children. ZG is the Main Assembly.

Before WWII Stanislaw Żemis was a teacher at Our Home in Pruszków, and one can him in the photo above, the first on the left side.

It is known that Polish Korczak Committee successfully operated and grew until year 1952.

And what happened later?
Later it was collapse!

What is collapse: a state of extreme prostration and depression, with failure of circulation, the falling away of an organ from its surrounding structure abnormal falling in of the walls of a part or organ. circulatory collapse shock...

Collapse is the nomenclature that present Korczak Association in Poland, is using to describe the history of Committee of Janusz Korczak. Actually there were two collapses!

First collapse Lewin-Stalinist
How did this happened? It was due to the writings by Alexander Lewin: Problems of collective education: reflections on educational background experience from the Polish orphanage and school in the Ural - Warsaw. Państ. Zakł. Publisher. School (PZWS), 1953. - 324 p.

Yes, after Lewins big breakthrough, suddenly, during the worst Stalinist period, the views and ideas proclaimed by Janusz Korczak suddenly became obsolete! Russian pedagogue, Makarenko should have no competition!

The first edition Aleksander Lewins work was published in 1953, second edition in1955. Lewin glorified Makarenko and threw mud on Korczak pedagogy. As result of it, the Korczak works and books were removed from bookstores and libraries, even school and those just printed went on milling.

After that Alexander Lewin in 1955 was awarded the Officer's Cross of the Order of the Rebirth of Polish precisely for this his treatise on Makarenko and his own pedagogical experience.

Wislawa Szymborska asked about her publishings during the Stalin answered honestly:
It is difficult, so I wrote in that way, the end!

After the collapse of the I, just on the "odwilżowej" democratic wave of 1956. It was reborn anew Committee Janusz Korczak. Then set up a permanent Commission Archival (1957.), And this on a larger scale began collecting documents, publications, memories, photos, and even took the first works bibliographical. in Poland, in 1962, solemnly celebrated the year of Janusz Korczak on the occasion of the twentieth anniversary of his death. during the celebration this year was organized, among others, Korczak session Pedagogical Academy and the Chamber Theatre. the press and the media uproar of information about the activities of the life and works of Korczak. Issued also on this occasion a series of colorful postage stamps with motifs from King Matt I. 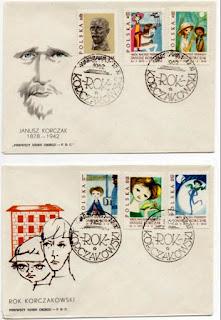 "Thereafter came a change" using the title story by Maria Dabrowska, for the description of the rest of the 1960s and the activities of the committee Korczak whose agony was parallel with the Government's a raising wave of anti-Semitism. 15,000 Polish Jews were forced into emigration among others many members of the Committee Korczak. Also Korczak archives Korczak were removed from the TPD.
The Polish authorities urged my father, Michael Wroblewski that, after Igor Newerly, was the chairman of the Committee Korczak, to convene the general meeting of the Committee of Korczak and relinquished under any circumstances his position (just like during the Stalin period. The only difference was that one was not sent to Siberia. My father refused definitely. Kazik Dębnicki - a board member - said that if my father convened such a meeting, which is to transform the Committee in the Association that was "Juden frei" on at least a part in it will not take! My father did not give up a committee and so closed!

Reactivation of the Korczak activities after the collapse was forced by foreign "korczakowcy"- friends of Korczak. Polish authorities "elected"  the new board. The new bord consisted by among others dr. Jadwiga Bińczycka, an employee of the Department of Pedagogy and Psychology at the University of Silesia in Katowice.
This choice actually great for the third revival of Korczak movement in postwar Poland. 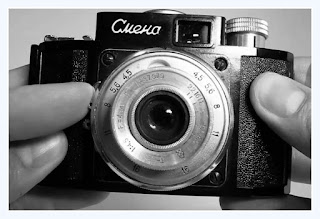 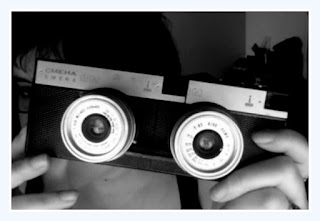