by Lucjan Feldman
Early this year [1994] Halina Neujahr and Romuald Wroblewski of the Association of Holocaust Survivors in Sweden initiated a project to build a Holocaust Memorial in Stockholm. Though remaining neutral during WWII Sweden has in early 1945 acted for release, and then opened its doors to busloads of Jews freed from German concentration camps in the collapsing Third Reich, many of whom subsequently have made their home here. The proposed monument has the form of 7 granite slabs arranged as a symbolic menorah, on which stone tablets with engraved names, dates and places will be fastened. To date the Association has gathered approximately 4 000 [presently 6 000 +] names from all over Sweden, seven of which are of my family members. And, lest it be left unsaid, they have also by now secured enough funds to cover the construction and the erection of the monument, so the project has definitely left the stage of the wishful thinking.
Because it cannot be ruled out that no additional victim names will come to the Association's knowledge after the unveiling of the Memorial, the concept calls for a flexible monument format, one which will allow incorporation of more name-tablets in the near future. It also stipulates that the Memorial be placed in the courtyard of the Great Synagogue in Stockholm, where it will cover an adjoining anonymous gray concrete fire-wall that separates the building from a Catholic church in the same city block.

Before it was chosen five other locations were investigated but found unsuitable for the purpose. In the end this central place seemed not only relevant to the cause of keeping the memory of Holocaust victims aflame but, because each year upwards of 3000 local students visit the Synagague as part of their high-school curriculum, also of great educational potential. Education for the present AND future generations. After all, facing a visible roll of names, dates and for Swedish ears unfamiliar-sounding places is a much more tangible evidence of the Holocaust, than the usual, at best fuzzy knowledge of "something like that" having happened. The Holocaust is not taught in public schools in Sweden, not even in the sole Jewish school in Stockholm.

Placing the monument in this spot, the immediate vicinity of the Great Synagague, has also received full approval of the City of Stockholm planning committee -- a monument is after all also a public structure, and here it is of utmost importance that it not become an easy target for vandals etc. So the Memorial seems as good as sealed and delivered, right? Alas, nothing could be more wrong.

Because, strange as it may sound, the board of the local Jewish Congregation --the steering committee and the owner of the Synagogue-- has thus far been less than lukewarm in its reception of a Holocaust "presence" in the designated location. Some other place -- sure, by all means, as long as it's not right there on their doorstep where, if my reading of governors' minds is anywhere near correct, the monument presumably would be associated with themselves, the Swedish Jews (the horror, the horror).

Which is why and in spite of great urgency -- inauguration of the Memorial is planned for late April 1995, to coincide with the 50th anniversary of the liberation of many Nazi concentration camps in 1945-- the governors drag their feet to delay giving the formal permission that the Association needs in order to proceed with the construction of the monument.

And no, I am not making this up. I go strictly by the opinions of the board as expressed in official minutes of two recent meetings. Their position in a nutshell: since no "Swedish Jews" perished in the Holocaust (true depending on who classifies whom to be a "Swedish Jew"), then the rememberance of it can hardly be of concern for the local Jewish congregation. That's the major argument. Minor ones against the proposed placement include that the place is sometimes being used as a parking lot, that on that fire-wall there is a frame for attaching of a Sukkah, that children sometimes play in the court while their parents attend the synagogue services and that one of the principals of the Association that wants that monument is not a de-facto member of the congregation.

The fact that there are 400-500 Holocaust survivors still alive in Sweden, plus a couple of thousands of post-war Jewish emigrants, many of them of the Second and now Third Generation, children of survivors for whom such monument seems more than appropriate, carries little weight in the minds of the elders of the Swedish-Jewish community that has never been very keen on welcoming the 'Ostjuden' into its fold. And certainly not enough to counter-weight a canopy on a wall for a Sukkah, a structure which has been known to stand in the desert without the benefit of a supporting wall, but that's another story.

And so it goes. After 9 months of talks The Association is slowly being pushed into a position in which they will have to request that the City of Stockholm --a gentile body-- assign them another, presumably equally central and vandal-proof, though hardly as prominent location for the Memorial, because the most suitable one has been stonewalled (an apt description!) by officials of the Jewish congregation. Well, indisputably it ain't their dead.

A lot has been said about outright denial of the Holocaust, from "mere" doubting the existence of gas chambers to that of negating the demographic absence of millions of European Jews... we don't need to discuss that. Yet using the same measure I wonder if the above position of --after all-- a Jewish body shouldn't be classified as an attempt to disown the Holocaust. Not deny that it has happened, only that it has happened only to some other Jews.

Search for a (single) word: 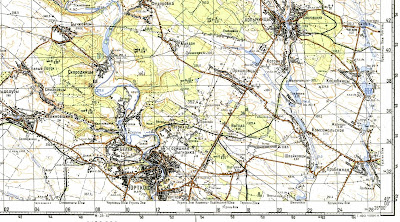 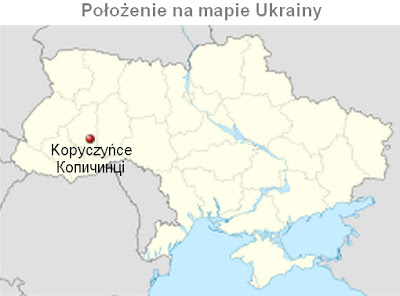 On September 30, 1942, a massive action started. The Germans with Ukrainian help, broke into the Jewish homes, took out the residents and carried them to the market square, next to the Judenrat's offices. In the course of this action, walls, floors and warehouses were torn down to discover hidden people. Some 50 sickly Jews were slain at home or on the streets. On the evening of the same day, the hostages were carried from the marketplace to the train station where 70 men were sent off to the Janowska camp in Lvov and the rest - 1,000 people - were sent to Belzec for extermination. The Kopyczynce Judenrat was demanded to pay for the sustenance of the Germans and the Ukrainian police, the action perpetrators.
In October 1942 groups of Jews from Chorostkov, Provozhna and the remainder of the Husyatin community were transferred to Kopyczynce and concentrated in a ghetto together with the local Jews.
Disease in the ghetto increased during the winter of 1942-1943 as a result of congestion, poor sanitary conditions and hunger.
At the beginning of 1943, the Jews of Kopyczynce were further victimized. Those caught beyond the boundaries of the ghetto without a proper permit were transfered to the jail in Chortkov and only a few came back alive. The ghetto residents were caught in a frenzy to build hiding places to protect themselves during coming actions.
And indeed, on April 15, 1943, a new action burst out. Most of the ghetto residents hid. The Germans strived to find the hideaways. Those discovered were taken to the nearby forest and shot into previously dug pits. A few resisted but the massacre totalled 400 Jews.

Below is the document from Polish Church in Warsaw Generalna Gubernia with info about birth of Zofia Dąbrowa born in 1920. Document was issued in September 1943. At that time my mother was already in Kopyczyńce, so it is most likely the second document issued for my mother to be send to her. The first one was used to issue a false kennkarte before she left the Warszawa Ghetto. According to this document my grandmothers name was Rozalia Dąbrowa, born Mądry. Who was real Zofia Dąbrowa and her fate, I do not know.

And yet, more than a few Jews managed to escape to the "Aryan" side of town. Although the local population handed over most of them to the Germans, there were still a number of Christian families who concealed their Jewish acquaintances at the risk of their own lives. Up until the conquest of the town by the Soviet Army on March 23, 1944, the survivors of the Jewish community were chased. 20 survivors gathered in town at the time of the liberation, but they were still in danger. Local gangs of Ukrainian nationalists (Bandara) were after the Soviet administration workers and after Jews. The survivors left Kopyczynce before long to Poland and from there to Israel and other countries. Polish family Wojciechowscy (Pani Józefa and Michał) helped my mother when in Kopyczyńce.

My mother, et. al. left Kopyczyńce almost directly upon liberation by the Red Army in 1944. 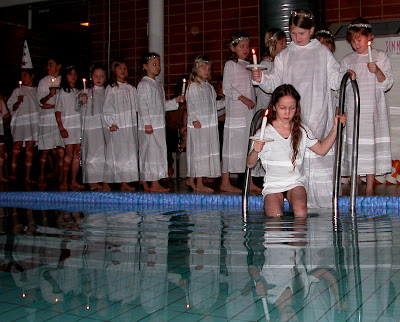 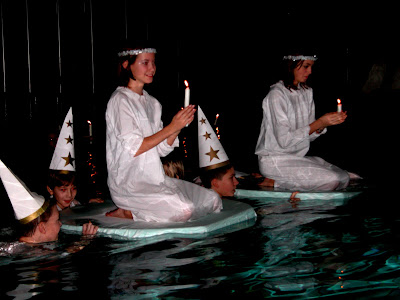 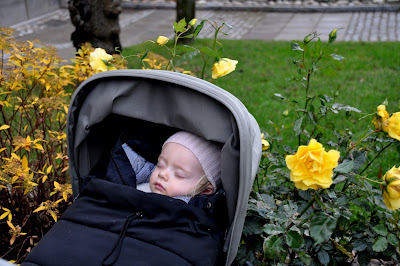 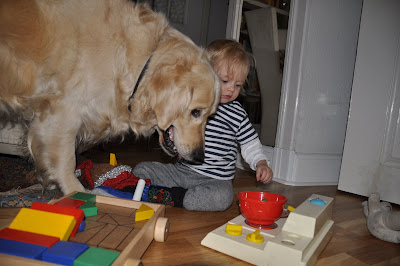 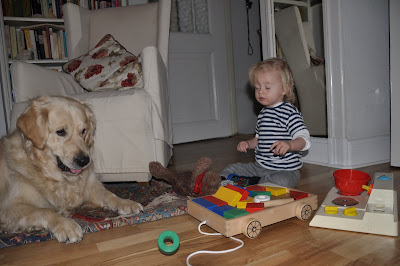 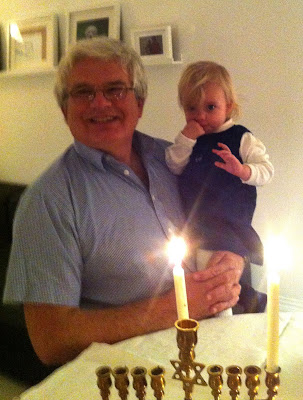