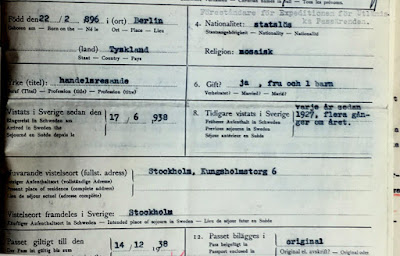 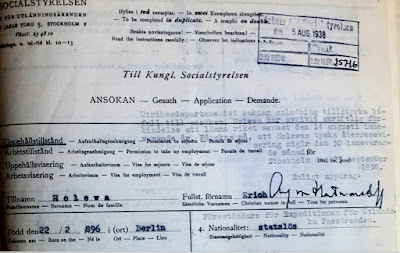 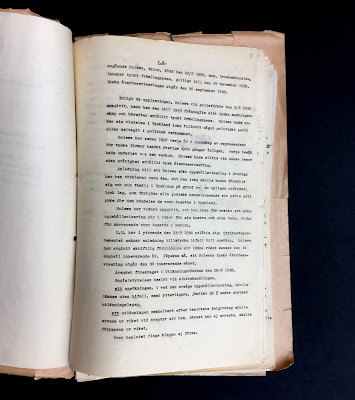 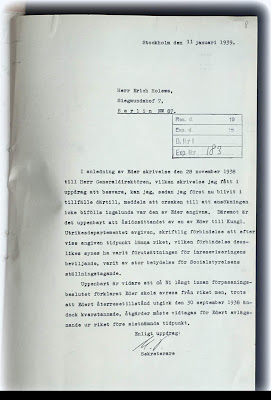 Jewish Graves and Dimonds are Forever* - European history is, and will be preserved at the Jewish Cemeteries


There are 18 graves at Catholic cemetery in Stockholm. They belong to the WWII Polish victims. They were brought to Sweden with White boats during July 1945. They in German concentration camps and when brought to Stockholm they were so sick so they died shortly after arrival to Stockholm. Will the graves survive? Just 30 meters from the Catholic cemetery there is a Jewish cemetery. There, there are 101 graves of Holocaust survivors that came to Stockholm from the same camp and with the same White boat - S/S Kastelholm. They also died at the same hospitals and the first burial dates are the same - July 1945. Are the graves be the culture graves? In a few years, one has to renew the contract for the next 25 years. 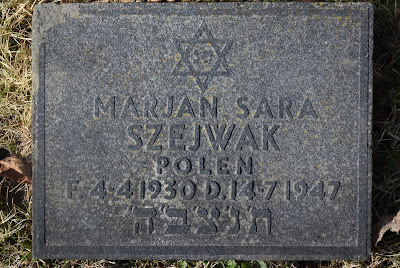 She was 9 y old when WWII started. She was 15 when liberated at Bergen-Belsen concentrations camp. She was 17 when she died in Sweden after being hospitalized for two years. Buried at Jewish Cemetery in Stockholm.

Survivors. They were liberated at Bergen-Belsen concentration camp in April 1945 and came on the same White boat to Sweden during Summer 1945. Jewish and non-Jewish. There were brought to Sweden by UNRRAs action to get ward. Many of them died within days or weeks after arrival. They were buried both at the public and Jewish cemeteries. Many graves disappeared but numerous are kept intact as kulturgravar. Kulturgravar - culture graves are kept as cultural heritage although the burial right for them expired already for 50 years ago. Numerous Jewish graves of Holocaust survivors, actually Holocaust victims are located at Swedish kyrkogårdar - Christian cemeteries. The graves become kulturgravar and Swedish Church is taking care of them. Swedish church took also the responsibility of numerous smaller Jewish cemeteries in the smaller Swedish cities where there is no more functioning Jewish community. Jewish Holocaust victims buried at non-Jewish cemeteries have various types of graves such as coffin grave, urn grave, and also a common grave (after cremation).
Many of the Jewish cemeteries have a special yard where the Holocaust survivors are buried.

In the vast majority of cases, there are public cemeteries on Church land. The parishes must run funeral, cremation and burial activities in a faith-neutral way in accordance with applicable legislation and respectfully acknowledge non-Christian beliefs and other life philosophies.

The burial fee includes a grave or equivalent in a public cemetery for a period of 25 years. On both Jewish and public cemeteries, there are various types of graves such as coffin grave and urn grave.

At public cemeteries, however, when the burial rights expire, they can be renewed for a minimum of 15 and a maximum of 50 years at a time.

Everyone who is registered in the population register in Sweden and pays municipal income tax pays the burial fee. The burial fee is intended to cover what the law defines as the most necessary costs in connection with giving a deceased person a final resting place. The fee is calculated on the basis of each person’s municipal taxable income. In Stockholm, it is 6.5 öre of each 100 Swedish crowns paid of municipal taxable income (the Year 2019). The size of the fee is shown on each person’s annual final tax statement. 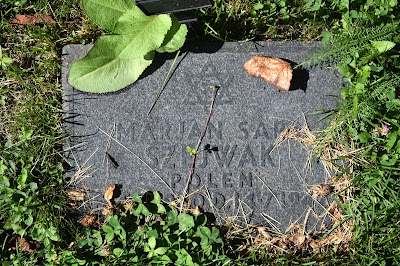