Holocaust Monument in Stockholm was designed by Roman Wroblewski, not by Sivert Lindblom 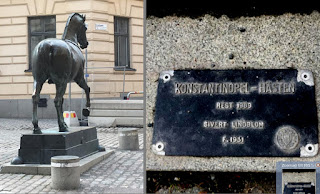 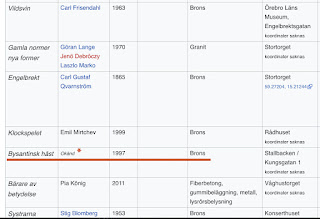 Sivert Lindblom Constantinopole horses (Swedish Konstaantinopol hästen) and the Holocaust Monument. He signed his name on both of them as he was the sculptor to sculpture the horses or the designer, artist behind the monument. People are referring the horses nowadays only to Sivert Lindblom. However, he is not the man that created them as they were created 2400 years ago by an unknown sculptor, later attributed to the sculptor Lyssipos. So how much of the horses are by Sivert Lindblom? He was involved in the ordering the  copy of the existing horses and collecting the taxpayer's money from the City of Stockholm.

How much of the Holocaust Monument is his design? Not especially much! See below. Sivert Lindblom used together with Gabriel Herdewall just the same method only a few years later just 100 meters from the horses.

Back to the horses. The same horses can be seen at several places in the world and also in Sweden in Rotternos Park and in the City of Örebro. None of them are by  Sivert Lindblom although they are just the same as Matchbox cars - identical. Also, the plinths are almost identical at the three locations in Sweden.

Wikipedia (pictures), see below, is showing the above horses at three locations in the world. They are identical and also the plinth at Rotternos is almost the same but not in bronze.

Horses of San Marco Basilica in Venice (ancient Greek or Roman, likely Imperial Rome), 4th century B.C.E. to 4th century C.E., copper alloy, 235 x 250 cm each has been plundered Constantinople in the 13th century during The Fourth Crusade directed a.o. to Constantinople. Constantinople, or Byzantium, had been founded by Constantine I in 330 and it became the capital of the Byzantium Empire, where the traditions of Greece and Rome were maintained and named after Caesar Flavius Valerius Aurelius Constantinus Augustus that was was the first Christian Roman Emperor. He renamed Byzantium into an imperial residence, renaming it Constantinople.

When Pope Innocent III had become Pope in 1198, and immediately started to preach for a Fourth Crusade. So the 4th Crusade and plundering was the cause that the Four Horses, were taken from Constantinople to Venice. Of course the four horses were not the only things taken from that city. Also ending up in Venice were the Tetrarchs, built into a corner of the Basilica of San Marco, adjacent to the Porta della Carta. The next plunder of the horses was Napoleone. The Four Horses were brought to Paris and initially housed in Les Invalides, then placed on gate piers guarding the entrance to the Tuileries, before finally being placed atop the Arc de Triomphe du Carrousel, also in the Tuileries. However, compared to their centuries of repose in Venice, their stay in Paris was over in the blink of an eye. A mere 17 years after their removal from Venice, and following Napoleon’s final exile to St Helena after the defeat at Waterloo in June 1815, Austrian and English engineers lowered them from the arch on 17 October 1815, under guard by Austrian soldiers . Two months later they were loaded onto barges and ferried across the lagoon and back to their old home. There they stood until air pollution forced their removal, in the early 1980s, to their present, much less lofty, position just inside the Basilica.


The same horse sculpture as in Stockholm is in the city of Örebro. However, in the list of the sculptures in Örebro there is the following statement: Lista över offentlig konst i Örebro kommun -Bysantinsk häst, Okänd, 1997, Brons, Stallbacken / Kungsgatan 1.
Okänd means that the sculptor is unknown. In Stockholm there is the name of Sivert Lindblom on the same horse from the same source, Glyptotek in Copenhagen and to start with Constantinople/Venice horses.

So, what is the history of the Constantinople horses in Sweden? It was 1959 when Svante Påhlson made bronze castings on Herman Bergman's Art Foundry in Stockholm of two of the horses of copies that were on the Glyptotek in Copenhagen. It was for his big love, read Rottneros Park. Bergman's art foundry also made another copy, Two copy for Stallbacken in city of Örebro. None of these bronze castings has Sivert Lindbloms name on it. Just the casting in Stockholm. Why is Sivert Lindblom signing the work from Constantinople more than 2000 years ago by his name? Money? 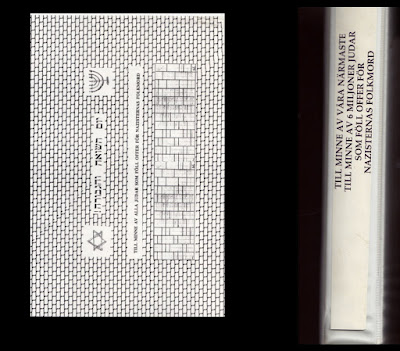 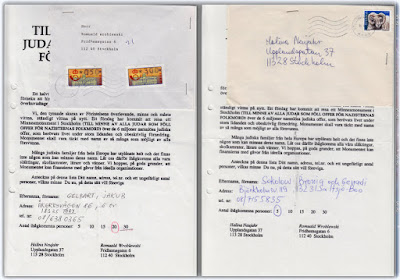 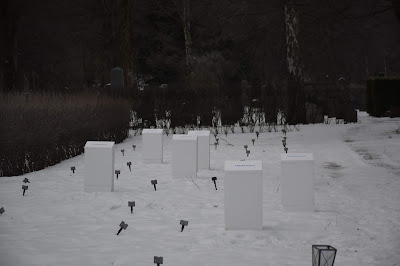 Translated by Orit Bergman, Thanks Olu.
Posted by Jim bao Today at 9:36 AM 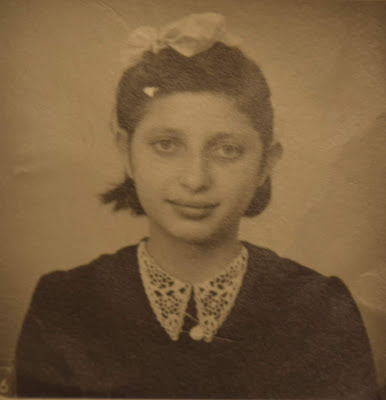 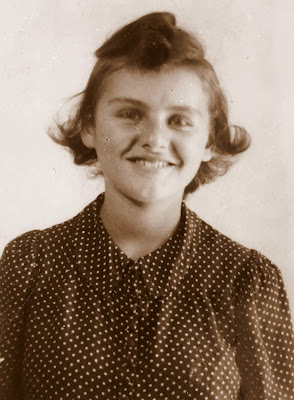 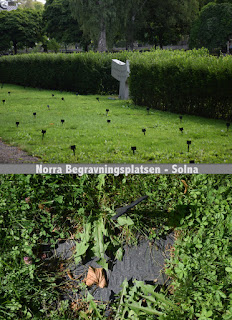 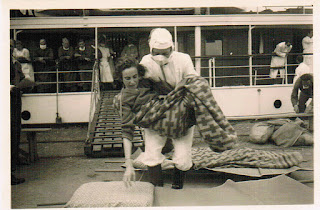 Świadectwo to trauma, to głos!


Summer 1945 in Stockholm - the story about White Ships and Holocaust victims
The project of documentation, commemoration, and education of the Holocaust victims buried in Stockholm's Northern Cemetery will center on a visual component featuring posters and other printed material and also a guided tour of the graves in the Jewish quarter of the cemetery. Volunteers will guide groups of participants through key areas of the cemetery, including the site of around 100 graves of Jewish victims of the Holocaust who did not long survive liberation in Sweden. The guided tour will be extended to the grave of Nelly Sachs, who barely managed to escape the same fate. Furthethermor, the guided tour will be individualized by inviting participants to select a card that features an individual victim buried in the cemetery and follow their journey from life before the war to life in ghettos and concentration camps and, finally, to Sweden, where they succumbed to their illnesses and experiences. Through both these cards and the posters, as well as the information provided by the volunteer guides and the sites themselves, participants will be fully immersed in the history of the victims and of Sweden's role in giving them and others like them a chance to build new lives after the Holocaust.
Posted by Jim bao Today at 7:25 AM 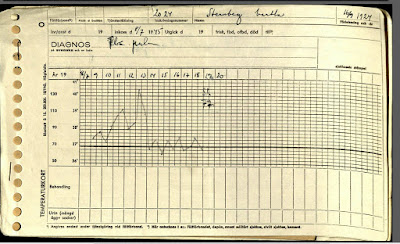 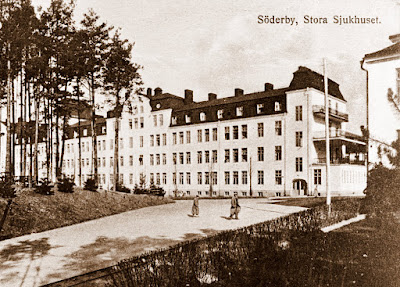