We know that Janusz Korczak began studying medicine in 1898 at Warsaw University under the Tsar time. 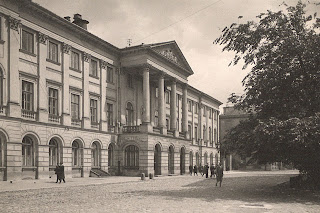 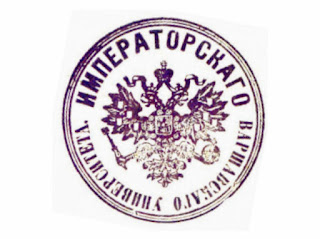 While a student, he was involved in journalism, was active in the Warsaw Hygiene Society, wrote substantial literary works; he worked in a hospital, and also worked as a teacher and educator. During summers he worked as a doctor and tutor at summer camps for children. In 1899 he visited Switzerland, where he was interested in health service subjects, but where he also studied diligently the educational ideas of Pestalozzi. 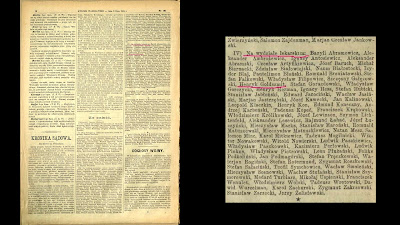 According the the newspaper, he from July 2nd, 1904 he already fulfilled his studies, see his name on the list. However, almost one year later in March 1905, he obtained his medical diploma.  Directly thereafter he was mobilized and had to go to the Russo-Japanese front. He was sent to Harbin and Tao’an Xian to work in evacuation centres, and then spent some time in Khabarovsk. He witnessed directly the horrors of war, he treated others and fell ill himself. After several months he returned from the front. 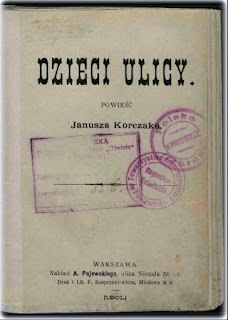 Dzieci ulicy is the first printed book by Janusz Korczak - Warszawa, 1901. That means during his medical studies. Two other books "Koszałki opałki" and "Dziecko salonu", were publised in 1905 and 1906.дозволено цензурою
Варшава 22 мая 1901
дозволено цензурою means in old Russian (from Tsar time) разрешено цензурой - allowed by the censorship 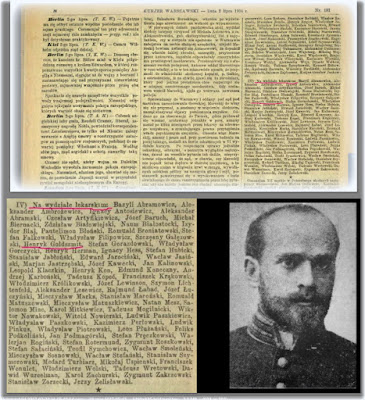