My grandfather was born in Kałaurowicze (26 km east from Pinsk), Bielarus in 1886 to Moshe and Rivka Wasserman.
Kałaurowicze, Kalauroviche, Kallaurovichi, Калавуравічы
Latitude 52° 05' 00" N
Longitude 26° 30' 00" E
They were 3 brothers and 5 sisters. It is unknown when and why they moved to Pinsk. It was most probably when my grandfather and his 7 siblings were still children. At that time, before WW I Pinsk as it was a small Jewish city with more than 70% Jews. Others, were Poles, Russians and White Russians (Bielarus).
My grandfather Baruch Wasserman (born 1882 ? in Pinsk) was a teacher in Jewish schools. He was teaching jiidish and mathematics and other subjects in numerous schools. The main school he worked at was carrying the name of Mejsze Glejberman, that was the major Jewish Bund School. Boruch also worked at vocational schools for girls and boys that were learning different crafts.

Apekejres. My grandfather was called "apekejres" or Baruch the Goy as he was not following all the Shabbat rules. As far as my father remembered, his father, Boruch use to go with a stick (kij) during Shabbat that is likely not allowed (why?). Boruch was not going to synagogue but wanted that my father was educated in Torah.

Grandmother Sofia Afsiejewna Lifson (born 1886 ? in  Камень - Kamień - Kamen - Kamien -  קאמין, Coordinates: 52° 19'23.38"N, 26° 22'38.97"E. She died in Warszawa March 1, 1924) was not religious either, but was following as rest of the city Shabbat and main Jewish holidays. At home they were, as city of Pinsk, trilingual, speaking Russian and jiidish. When WW I started grandfather Boruch went to Tsar army.


Heder in Pinsk was an elementary Jewish school in which very smal children were taught to read the Torah and other books in Hebrew.  My grandmother, Sofia Afsiejevna, was working full time as a doctor and was forced to send my father and his sister Niura to the heder run by one of the friends to family. My father was shown all the books in the cheder and Rabbi said that when he will be ready with his heder studies he will have “all the books in his head”. My father was threatened and said that his head will resemble a cow cranium and decided to never return to this place. Niura continued her studies there. My father was 7 year old and Niura just 3. I think that “cheder operation” was due to the social situation of the family where Grandmother was the only money provider as grandfather was fighting for Tsar…. My father continued his heder education at another heder. After that he started at Perwonatshelnaja Szkala, a Russian primary school.

Under WW I city of Pinsk become part of Poland and my father started at Polish Szkola Powszechna ( Szkoła Powszechna nr 5 przy ulicy Kościuszki 8). There was a Jewish private gymnasium Tarbut in Pinsk but my fathers family could not afford it. My father finished Polish (Humanistyczne) gymnasium in May 1935 and his sister two years later.

His mother, Afsiejevna (born Lifson)  was Bund oriented and was playing in Pinsk amateur theatre. She played a.o. in a play called "Mirele Efros" (name). It is most probably picture of he standing in the last row (arrow). Grandmother died in Warszawa on March 1, 1924. Her parents were both from Kamien area (Камень - Kamień - Kamen -  קאמין) and involved in apple production. They tried also to produce wine...
Dasha. My grandfather re-married with Dasha (born 1895) and had two more children. Nisia (born 1928) and Isaak (born 1929).
Although my grandfather was an apikoyres (jiddish), a man who abandons his religion, he wanted, however, to give my father all the possibilities of his own choices in his life. Grandfathers old Rabbi was also teaching my father. Rabbis name was Boszes (Boshes). His daughter Ryfka Boshes was working at Korczak orphanage as a bursary student - teacher and simultaneously making her medical studies in Warszawa Medical School.
When in Pinsk, Ryfka Boszes was helping my father by testing him before his exams to the Polish Gymnasium in Pinsk. Polish Gymnasium (Polskie Gymnasium Humanistyczne had as other Govermental Schools numerus clausus a quota system which was begun in 1887 and under which no more than 10% of the students admitted to the school could be Jews. In my fathers class they were 4 of 40. Rest, were Poles, Russians, Whiterussian. Polish student were mostly children of landowners (ziemianie) or employees for Polish administration or banks.

How did my grandfather look like? I do not know!!! There was one picture of him, a group photo of teachers from Pinsk that my father showed me once in a very big and thick Pinsk-book, it hade a blue cover.
Later, I tried several times to find this particular photo but as I do not know Jiidish and there were several photos that might be the right ones. So, I will continue my life without his image. There are, however, some photos of his brothers and sisters.

How did my grandfather died?
July 4th, Germans entered Pinsk. Only one month later in August 1941 two aktions were carried out. Aktions means planned murdering and involved SS soldiers from the 2nd Cavalry Regiment of the mounted SS brigade. The officer in Command was Sturmbannfuehrer Magill. Polish police forces of Pinsk were also involved. Most probably my grandfather Boruch Wasserman was shot, murdered in these two actions and his body was buried in a pit close to village Iwaniki or Kozlowicze, (search on Pinsk map with all small villages) with all others murdered in actions.

After the two aktions of August 1941, there remained over 10,000 Jews in Pinsk, most of them women and children, with a small number of skilled workers who had been spared by order of the German orders, and others who had succeeded in hiding and staying alive.


Ryszard Kapuściński said:
...happy to go back ... in Pinsk.
It is close, you can go from Warsaw in the afternoon and be in the evening at ther Pina  river. I am circling these few streets that survived from old times, visiting the cemetery - where my grandmother is buried. I go always to the street of Suvorov, formerly Peretz, and before Blotna (Mud street). I'm looking at the house where I spent the earliest years of my life. I look at the gentle hill on which Pinsk lies. A long time ago, in a time of thaw, I saw from there the sea without borders, extending to the horizon. Later I learned that Pina river flows into Jasiołdy, that the Pripyat, Pripyat to the Dnieper, the Dnieper flows into the Black Sea. When you get on the boat in Pinsk, you can get to the end of the world 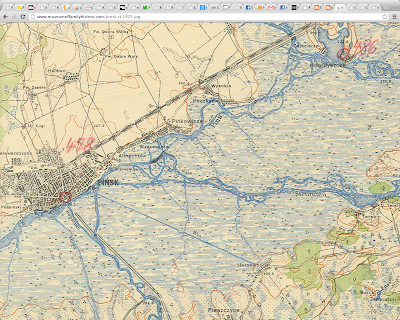 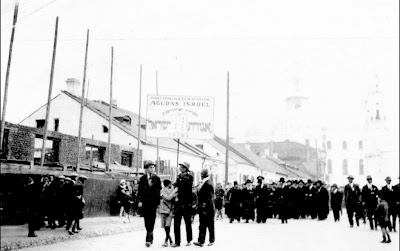 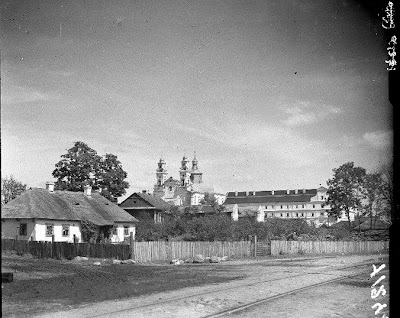 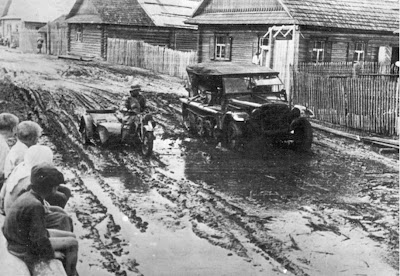 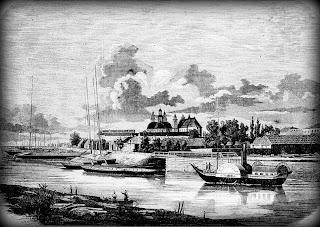 To remove, take out, you must first put it in! (Polish saying).This is, of course, about the search for family, grandparents, grandmother, etc. on the internet. Tonight I got a message about my aunt Rivka Wasserman from Pinsk (Bielarus). Confirmation that she was working as a typist for the Judenrat in Pinsk and a new message that she (1942-1942) married in the ghetto! The new name as married in unknown!To take out, you must first insert it - that means someone found my writings on the Internet, and then he found me.
Someone once asked me how to look for late relatives. One answer is:
You have to first insert Your own information and not wait for Godot!

Korczak and my grandparents - So much the world knew. So little reaction or support! 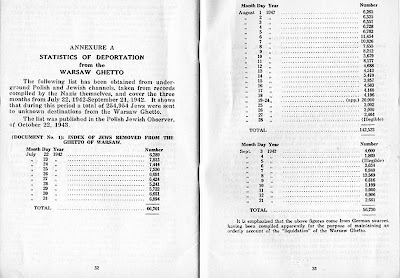 So much the world knew. So little reaction or support! These documents were published in Australia in 1944 and previously in 1942 in London.

My grandfather Gabriel Rozental was taken to the Umschlaplatz in the Warsaw Ghetto on July 26, 1942, when he was standing in Ogrodowa Street with a soup can. He was ca. 50 years old.
6091 persons were send to Treblinka on that day!

My grandmother, Helena Rozental, survived the first weeks of Deportation Action and managed to find the work at the brushmakers at Swietojerska Street. On August 3rd, 1942 she was taken to the Umschlagplatz.
6357 persons were send to Treblinka on that day!

Janusz Korczak entire Orphanage was taken to the Umschlagplatz on August 5th, 1942.
6783 persons were send to Treblinka on that day!
Posted by Jim bao Today at 11:19 AM

Daffodils and 70th anniversary of the Warsaw Ghetto Uprising 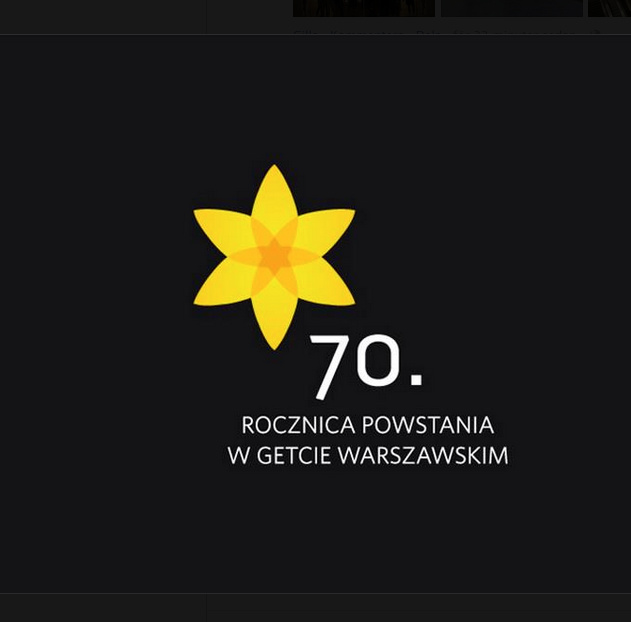 Daffodils symbolize remembrance, respect and hope. They bloom in April, the month of the outbreak of the Uprising.

When in Poland, I use to lay a bunch of yellow daffodils flowers under the Monument to the Ghetto Heroes and at the Umschlagsplatz*.
This year marks the 70th anniversary of the Warsaw Ghetto Uprising.The events that took place in the spring of 1943 has left a significant stamp on the city of Warsaw.
The Uprising - the first from among a few other uprisings in the ghettos scattered on the territory of Poland - was also the first event of that kind in occupied Europe. After its suppression the Germans razed the ghetto to the ground.

* Umschlagsplatz, Warszawa. First deportations started from Umschlag to Treblinka 1942, 70 years ago. When I was there, I felt how my vision in colour, changed to black and white and suddenly the year was 1942....
Posted by Jim bao Today at 1:27 PM 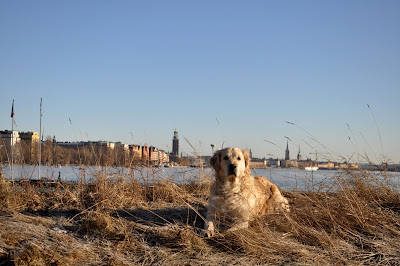 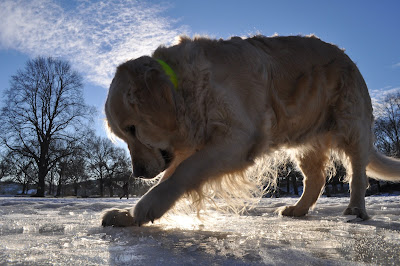 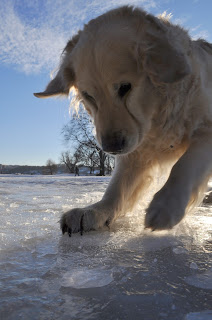 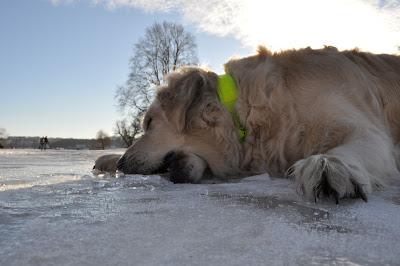 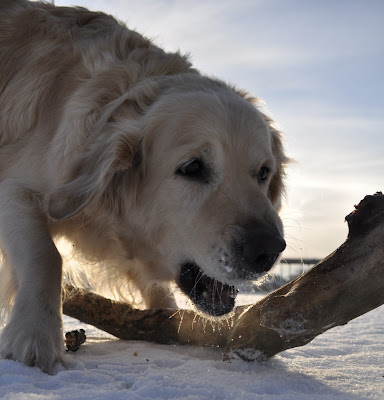 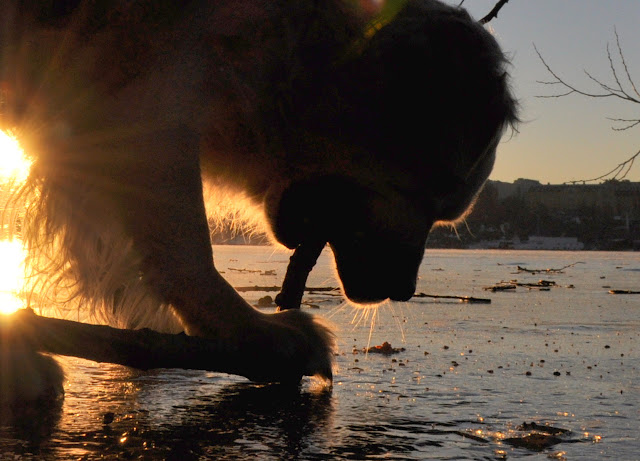