Zofia Oldak (Zofja Ołdakówna) was the winner of the Miss Judea Beauty Contest in Warsaw year 1929. She was the first and the last Miss Judea.

The contest to crown the most beautiful Jewess in Poland was sponsored by Warsaw’s Polish-language Jewish daily newspaper Nasz Przeglad (Our Review). Hundreds of young women from all over Poland entered the contest by sending their photos into the Nasz Przeglad offices. First, the readers narrowed the contestants down to a top-10 group, and then a panel of “experts” crowned Judyta (Zofia Oldak - Zofja Oldakówna) winner.

On February 3rd 1929, the editors of Warsaw's Jewish daily newspaper Nasz Przeglad announced the upcoming beauty pageant to find Poland's most beautiful Jewess. The ideal candidate would embody, so the newspaper declared, the "characteristic features of the Polish Jewish female type".

Over the course of six weeks, 131 women entered the competition, of whom eleven made it into the finals. Only one blonde bright-eyed contestant was found among the finalists - miss Roma Gliksman. In an interview before the final judging at hotel Polonia at Marshall street started, miss
Gliksman expressed her feeling of disadvantage on account of her apparent physical shortcomings. The winner of the pageant was 19-year-old miss Zofja Ołdakówna, who applied under the pseudonym Judyta. She was described by the jury as bearing the perfect physical hallmarks of
the "Jewish race" and noted for her "Sephardi looks." However, in a poll, the newspaper ran among its readers Oldakówna was only ranked in the sixth place, with only 10,205 votes in her favor. The readers, who were instructed to choose the candidate best delineating ethnic Jewish beauty, favored miss Marja Łobzowska. 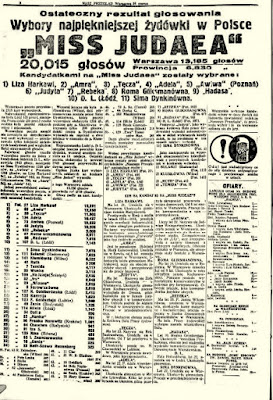 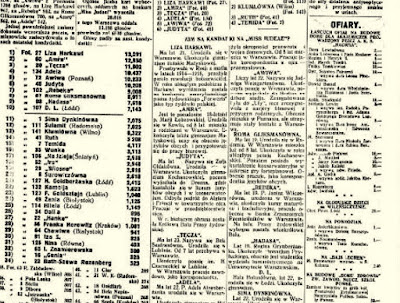 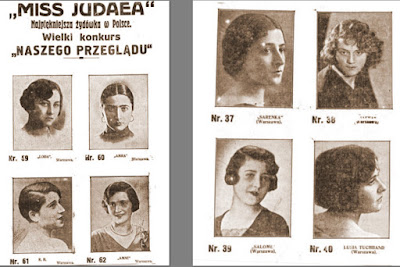 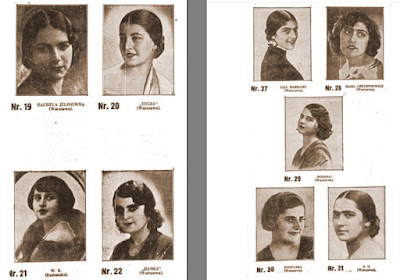 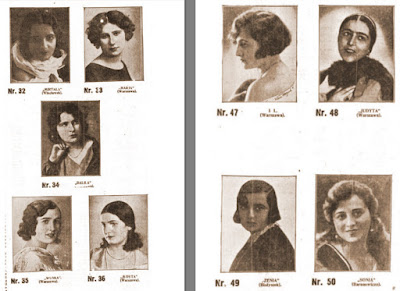 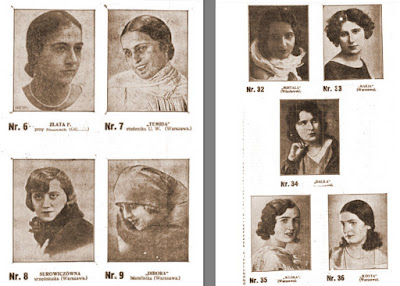 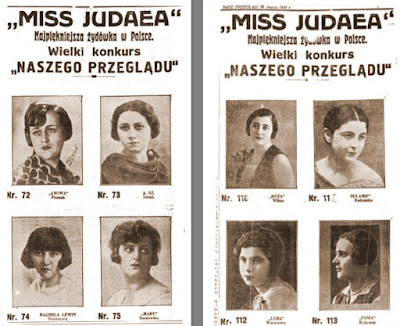 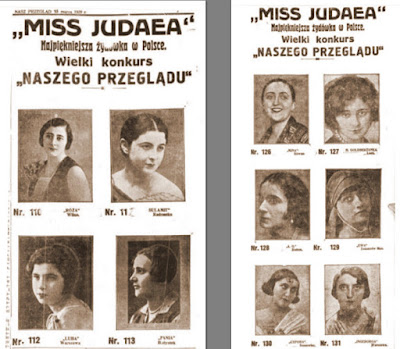 It is most likely that most of the contestants were murdered during the Holocaust. Judyta (Zofia Oldak) was as most of the Warsaw Jews deported to the death camp Treblinka. 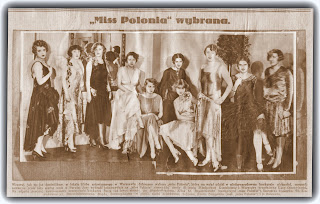 The first in Poland elections of Miss Polonia started late 1928. Miss was chosen only on the basis of sent photographs. The first winner of Miss Polonia was announced on January 27, 1929, Władysława Kostakówna a modest worker of the Municipal Savings Bank in Warsaw. She defeated her high-born rivals: Alina Ryszczewska and Hanna Daszyńska. The photos of the first (and also second) Miss Polonia were taken te Jewish photographer Benedykt Rotenberg, known as Dorys.

The same year Rotenberg took the photographs of future Miss Polonia he visited Korczak's summer camp Rózyczka and took some photographs there. What connected Benedykt Rotenberg and Janusz Korczak? Why did he come after a colony and 1928? In 1928, Rotenberg opened his own studio "Photo Dorys" at 41 Aleje Jerozolimich, the corner of Poznańska street. Rotenberg's breakthroughs were two in the row Miss Polonia 1929 and 1930 photographs.

Rotenberg/Dorys ran his studio, located on 41 Aleje Jerozolimskie (corner 39 Poznanska str - the building survived WWII), until 1939. He was then forced to sell it and along with thousands of other people, like Korczak, he had to move to the ghetto. There, he continued his photography business at 16 Chlodna street. He also had Germans coming to his small studio. They would often ask him to develop negatives: many were shots of the ghetto. Dorys made copies and passed them on to underground organizations.
Posted by Jim bao Today at 4:41 PM 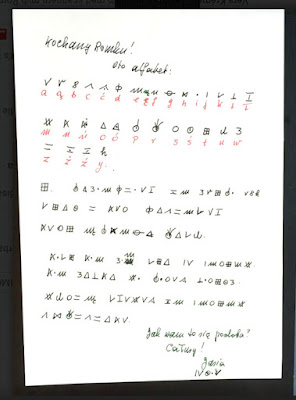 We are together on the Face book: Föreningen Förintelsens Minne (FFM) or Swedish Holocaust Memorial Association (SHMA) and The Janusz Korczak Living Heritage Association - Korczak Academy


The Swedish Holocaust Memorial Association (SHMA) - (in Swedish - Föreningen Förintelsens Minne -FFM) is committed to keep the memory of the Holocaust alive by disseminating information on the Second World War and the Nazi in occupied Europe.


The Swedish Holocaust Memorial Association (SHMA) is a non-religious and non-political organization open to all. Earlier, among the association's members, there were several survivors of Nazi persecution, ghettos and concentration camps. Professor Halina Neujahr was co-founder of the SHMA. School visits by the members of SHMA, many of the so-called Second generation can be arranged throughout Sweden. The Second generation means the children of the Holocaust survivors.

Further information on the association's activities and membership please look at the Face book at:
https://www.facebook.com/groups/Janusz.Korczak1942/about/

Members of the Swedish Holocaust Memorial Association translated 36 questions about the Holocaust into the Swedish and Polish.
Here is the Swedish version - 36 frågor och svar om Förintelsen. The year was 1995.

The Janusz Korczak Living Heritage Association - Korczak Academy - Föreningen för Janusz Korczaks Levande Arv
There are numerous Korczakföreningar in many countries, named after the Polish teacher, writer, and pediatrician Janusz Korczak. 1942 brought him together with 239 children from the orphanage in the Jewish ghetto to förintelselägret in Treblinka. There are in the association's archives and a collection of writings by and about Korczak in different languages. The collection is available to researchers and other interested parties. The association's purpose is to act in the spirit Korczaka for children's rights in society and to disseminate information and insight into Korczaka lives and works. Contact: Professor emeritus Roman Wasserman Wroblewski, Further information on the association's activities and membership please look at the Face book at
https://www.facebook.com/groups/Janusz.Korczak1942/about/


In Swedish and Polish about