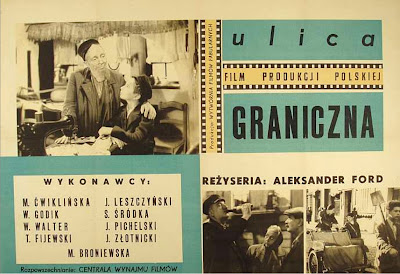 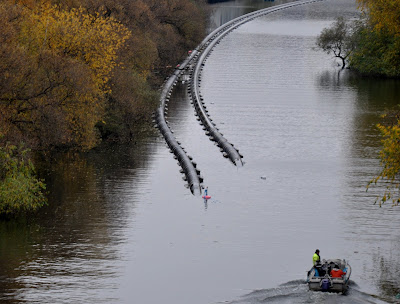 Hunting Loch Ness Monster in Karlbergskanalen.
On the picture here
Nessies double tail.
Her head is at City Hall eating or waiting for the Nobel dinner.

Betty Jean Lifton , The King of Children - Korczak, Mischa, Natascha and the dogs 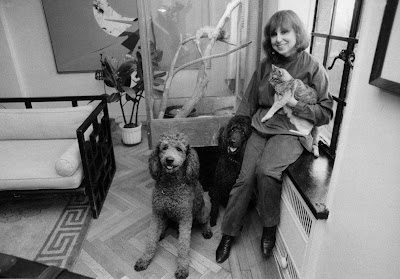 
Of course, Cambridge, dogs, Korczak and my father Misha were the main subjects. And the children, her Natasha, my Natasha...

Betty Jean Lifton, a writer, adoptee and adoption-reform advocate whose books — searing condemnations of the secrecy that traditionally shrouded adoption — became touchstones for adoptees throughout the world, died on Nov. 19 2010 in Boston. She was 84 and lived in Cambridge, Mass.

Misha (Wasserman) Wroblewski, an apprentice who came from Pinsk, also remembers
being confused his first day in the home. Told that he could do anything he wanted with the children after they returned from school, he organized a race with two teams. Bewildered by the heated banter between the opposing sides, he didn’t know what to do when two boys began a fistfight. Noticing that the other children were sitting down to watch, he joined them. The two combatants soon tired, their blows trailing off into name-calling. Just as Misha was getting up to resume the race, a gong sounded calling the children to supper. They immediately scattered to wash their hands. Seeing Korczak watching from the doorway, Misha was sure he had lost his chance to train with the famous educator.
Korczak said nothing to Misha until ten that evening, when it was the custom for the apprentices to gather “under the stairs” in the back hall for a snack and coffee. “You know, it was wonderful, it was perfect,” Korczak said, taking him aside. “But tell me, why did you let the boys disrupt the race with their fight? Why didn’t you intervene?” Misha felt himself flush because he didn’t know what the doctor meant or how to answer. He decided to be honest: “I didn’t stop them because I was as tired as the rest of the kids and was glad to sit down. And I knew the boys wouldn’t kill each other.” Korczak scratched his bald head, then patted the spot absently in a characteristic gesture, as if lost in thought.
“When one is close in age to children, he is able to feel as they do,” he said softly, almost to himself “Children know better than we when they’ve had enough. You were right not to stop the boys. If a fight breaks out spontaneously, it’s best not to intervene as long as the children are evenly matched and aren’t harming each other. Stopping it only forces children to continue it later in another place.”
“Not interrupting the fight was my first educational coup,” Misha recalls. “And it brought about my first conversation with the doctor. He told me that men make better kindergarten teachers than women because they’re willing to let children fly at each other at the appropriate time.” Yet, as focused as Korczak had been during that exchange, Misha would learn how absentminded the doctor could be when he was working on a book: sometimes he would repeatedly greet Misha with a hearty handshake when they passed in the hall as if it were the first time they had encountered each other that day.


Mame Stefa (Pani Stefa)
One morning in 1928, when she was forty-two, Stefa got up, put on her black dress with the white collar and cuffs, and went downstairs to the bulletin board. She tacked up a notice: “From now on, I am to be called Madame Stefa. it is not proper for a woman with as many children as I have to be called Miss.”
The apprentices joked among themselves, Mischa Wroblewski recalls: “Who was this courageous man who fathered all these children? How did she find him?” No one dared ask questions, but Stefa was adamant: she would answer to nothing but Madame Stefa. If a child cried out in the night for Miss Stefa, no one came. She was Madame Stefa from that time on.
She was, however, still the same Stefa. Up at six each morning, she rolled bandages before breakfast, examined wounds, and handed gut medicine. Sometimes Korczak helped her. it was a good opportunity to have a private word with a child or to give a forgiving pat to one who had misbehaved. Yet the children turned to Stefa when they were sick- Korczak might be a physician, but she was their medical authority.
................................................................................

Korczak began speculating about the young soldier in what was to be the last entry of his diary.
“Perhaps he was a village teacher in civilian life, or a notary, a street sweeper in Leipzig, a waiter in Cologne. What would he do if I nodded to him? Waved my hand in a friendly gesture? Perhaps he doesn’t even know that things are-as they are? He may have arrived only yesterday, from far away . . .”
In another part of the compound, Mischa Wroblewski and three of the older boys were getting ready to leave for the jobs Korczak had been able to arrange for them at the German railway depot on the other side of the wall. Every morning they were marched out under guard and counted, and marched back again every night. it was hard work, but it gave them a chance to barter what few possessions they had for food. They left the orphanage quietly without communicating with anyone. It seemed like just another day they had to get through. Promptly at seven Korczak joined Stefa, the teachers, and the children for breakfast at the wooden tables, which had been pushed together once the bedding was removed from the center of the room. Perhaps they had some potato peels or an old crust of bread, perhaps there was some carefully measured ersatz coffee in each little mug. Korczak was just getting up to clear the table when two blasts of a whistle and that dread call, “Alle Juden raus!” (“ All Jews out!”), rang through the
house.
----------------------------------------------------------------------------------

As I worked on this book back in New York City and Cape Cod, I came to see Korczak as a man who walked without fear over what the Hasidim call the narrow bridge of life, making at each stage the moral decisions that would inform his actions, wrote Betty Lifton. 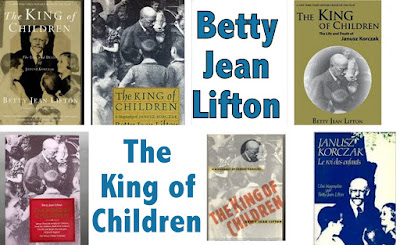