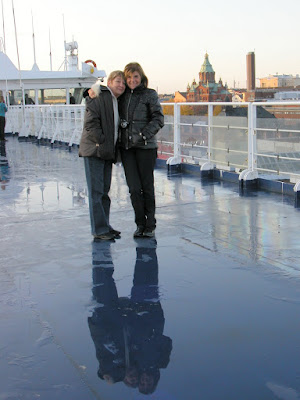 Departure from Helsinki. Uspenski Cathedral to the right of Ariella and Varda.

Uspenski Cathedral was built in the Russian Byzantine style in 1862-1868, and is the biggest Orthodox church in western Europe. It was designed by Aleksei Gornostajev, and was styled after an old church built in the 16th century near Moscow in Russia. The bricks were brought from Bomarsund fortress in Aland which had been destroyed during the Crimean War in 1854. The dome is held by four monolithic granite pillars. Altogether, the cathedral has 13 golden onions which represent the number of the Christ and the Apostles. 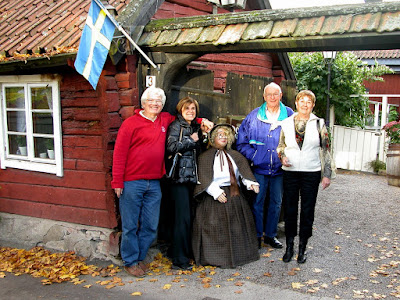 Moshe Wasserman (born 1858)was the father of a.o. Baruch and Ester, see below:

Baruch and Ester (brother and sister born in late 1800)

Mischa and Baruch (cousins born the begining of 1900)